Ron, Luiz and I enjoyed our three-day hunt in at a lodge called Rincon de los Matreros. 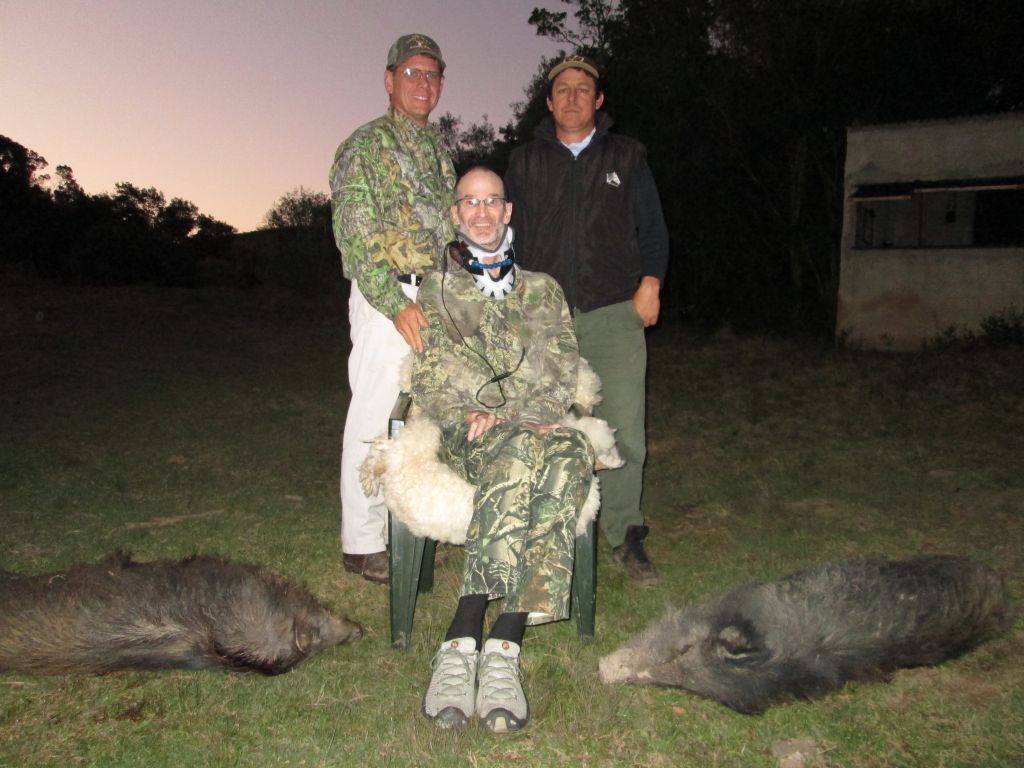 Here’s what happened on the last day of our adventure:
During breakfast this morning, we noticed that one of the ranch hands outside was already preparing lunch. The small hog we killed yesterday evening had been scalded (to remove the hair), split lengthwise and wired to a grill.
In typical South American asado fashion, the grill leaned on one side of the pit while a fire burned on the other side. As the wood became red hot, the chef used a shovel to spread glowing embers under the grill. This technique doesn’t scorch the meat with open flames, and it lets the chef control the temperature to cook the pork to perfection. 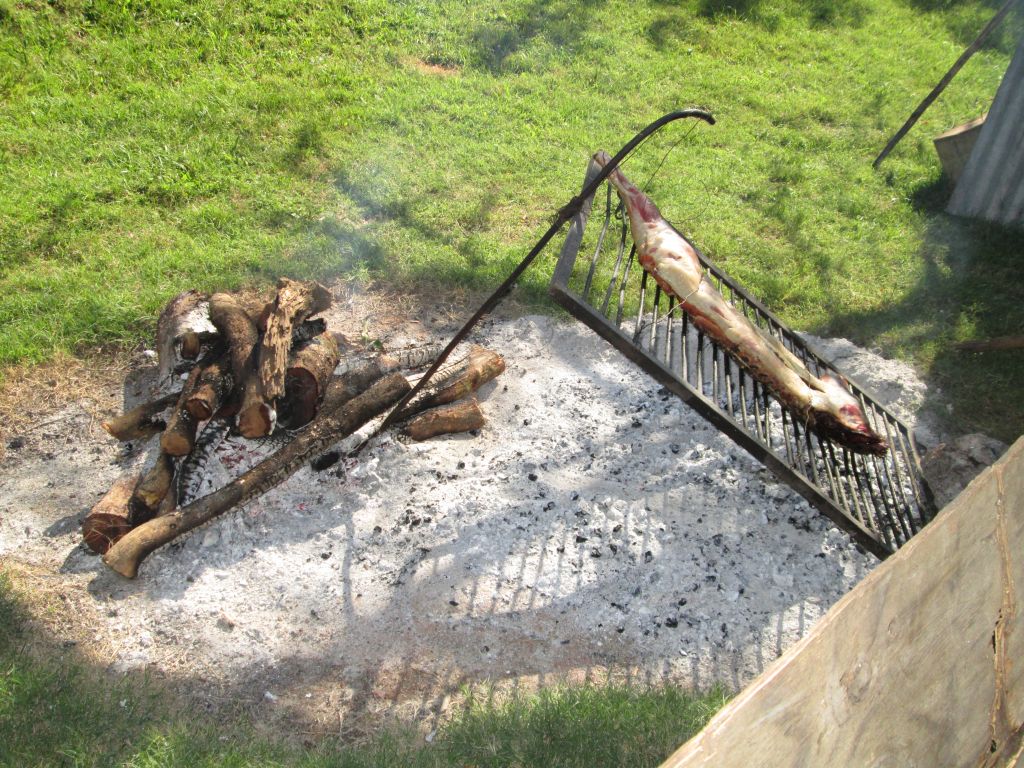 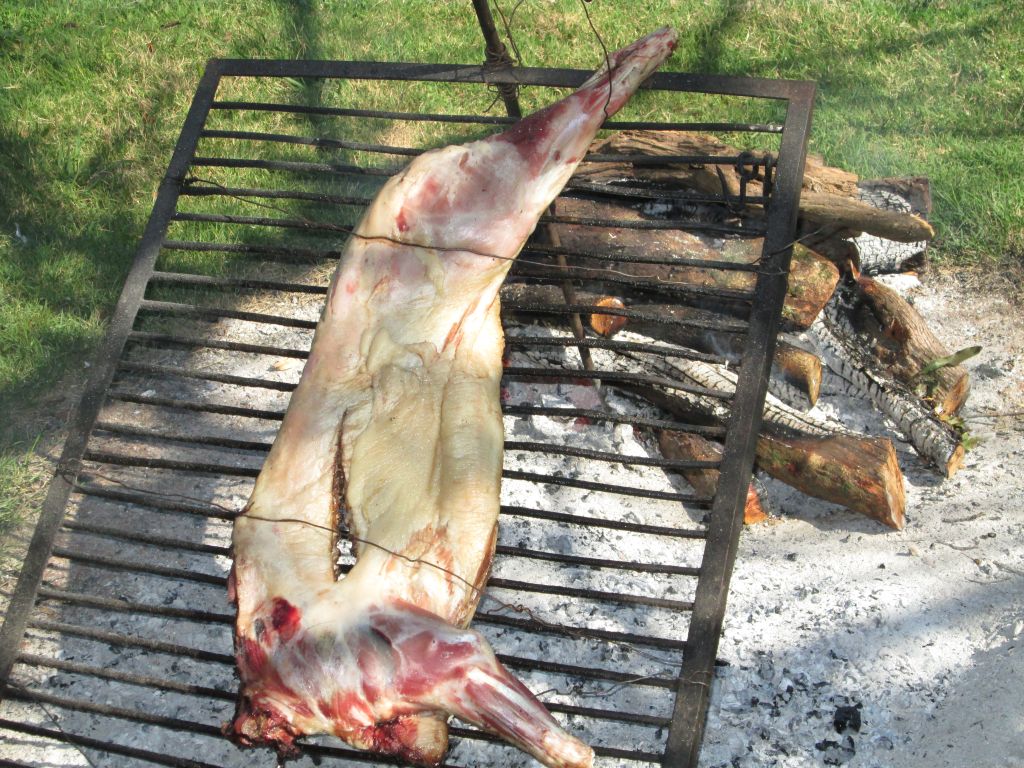 And perfect it was! I’m kinda glad you weren’t there to join us because then we didn’t have to be polite and share.
That afternoon we returned to the same spot we had hunted on the first day. The chanchos were definitely wiser. We caught fleeting glimpses of a few sulking in the woods, but none ventured out in the open. They finally sent a scout; he must have drawn the short straw and was none too pleased about it. He appeared at the left edge of the clearing, glanced about nervously and melted into the woods.
The hog was back a few moments later. Still looking uncomfortable, he stepped into full view and then, just as quickly, scampered for cover. “The wind is from a different direction today,” Ron said. “He’s catching our scent.”
Twice more that hog did the here-and-gone routine so quickly that Luiz couldn’t even get the camera on it. Then the chancho nervioso seemed to gather his courage. When he trotted out and started munching corn, Ron and I gave him no time to change his mind.
Laurindo hid the dead hog in the grass and we began the waiting game again. An hour later we saw five hogs working their way through some tall grass on the hillside to our left. They also seemed wary, but eventually two of them made the mistake of coming out in the open. We ended our hunt with another perfect head shot.
Enjoy the video: