If that inner tube were Indian, it would be a patchy.
Of all the places I’ve been fortunate to hunt, ’s La Pampa province has proven the harshest on my wheelchair by far. I first went there in 2005, before experiencing any mobility problems, and enjoyed an exciting hunt for red stag in the caldén thickets.
When I returned to La Pampa in 2010 I obviously couldn’t sneak through the heavy cover in my wheelchair to stalk stags, so my guide, Carlos Martinez, set up ground blinds overlooking food plots. We hunted at night, which is legal in , and took a fine 5x5 by the light of the full moon. On our way back to Rio from that hunt, my wheelchair’s left tire went flat while waiting for our connecting flight in . No choice but to limp home, riding the rim, and slap a patch on the tube the next day.
In April 2011 I was back in La Pampa. The stags didn’t cooperate so we switched our focus to wild boars—again, hunting at night from ground blinds. Halfway through the week my left tire deflated, but it was no surprise because after each trip afield my aide Ivson had to remove the very sharp and very abundant burrs that the Argentines so eloquently call “rosetas” from his boots and pants, and from my tires. My gracious hosts injected Fix-a-Flat in the tire to no avail. (I’ve since learned that Fix-a-Flat is designed to mend tubeless tires only; the instructions say the product isn’t for use on inner tubes.) When we got home we found three holes in the inner tube and decided to simply replace rather than repair it. 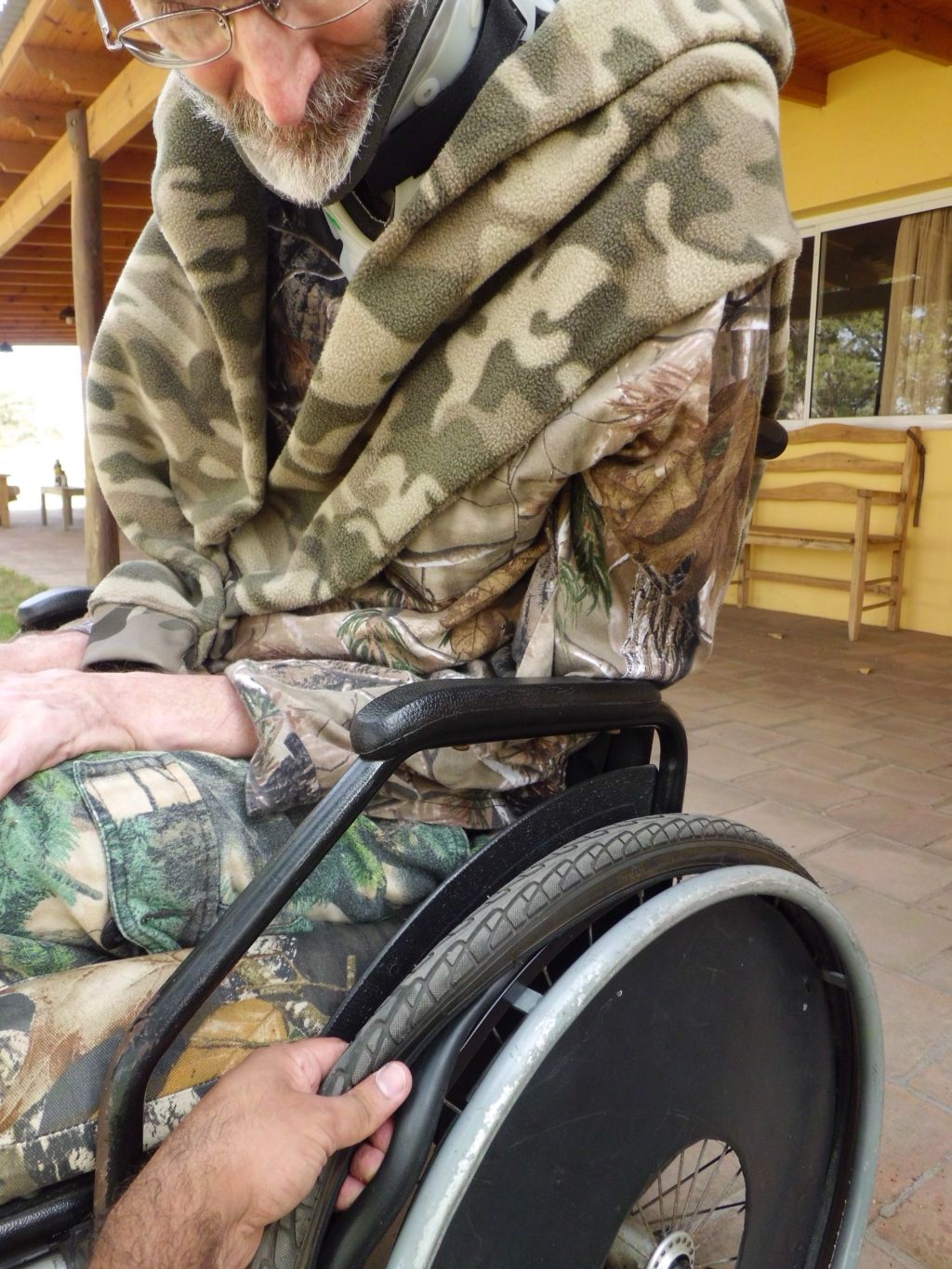 I set a new personal record on my trip to La Pampa in April 2012. Both tires got the wind knocked out of ’em on the first afternoon! We knew that trying to patch the tubes (I had packed a repair kit) would be an exercise in frustration, so I accepted the rough ride as part of the adventure. My aide Alex wheeled me around on flats for an exciting five days during which I took two stags and a European boar. The tires were still good when we got home, but the tubes were shredded.
Several people have suggested getting solid tires, but I’m not ready to invest in them because: 1) I only go to La Pampa once a year; 2) Inner tubes are cheap; and 3) ’s sidewalks are so bumpy that I need the shock absorption of inflated tires to keep my teeth from jarring loose.
Besides, hunting on flats is better than sitting at home on perfect tires. 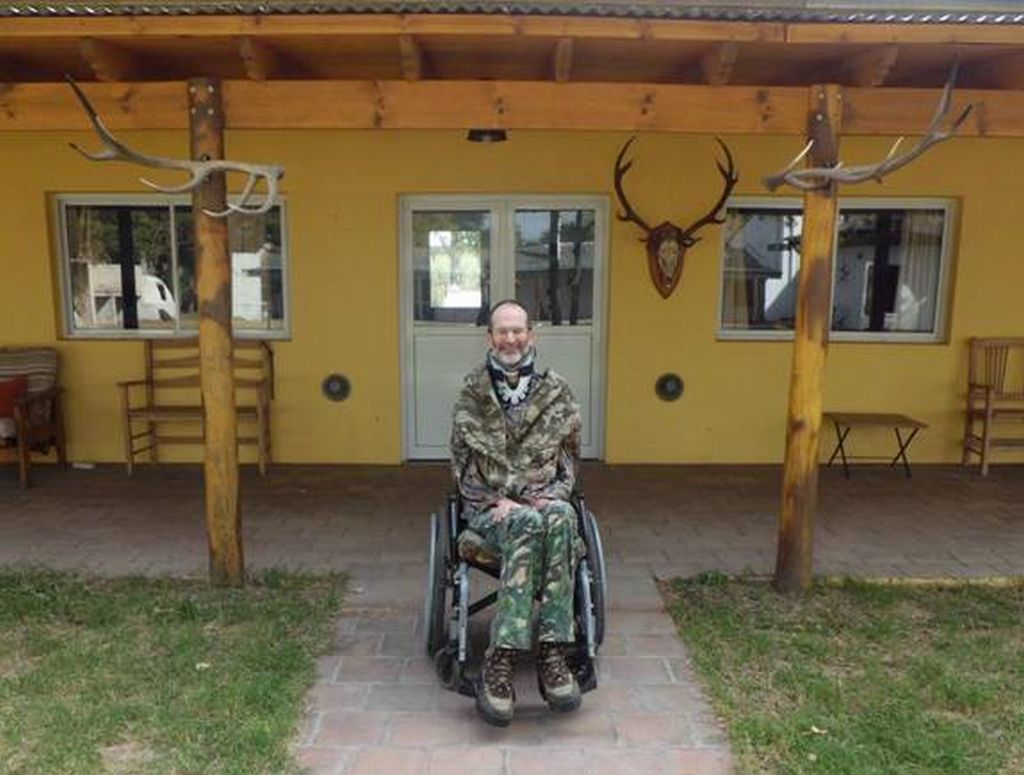